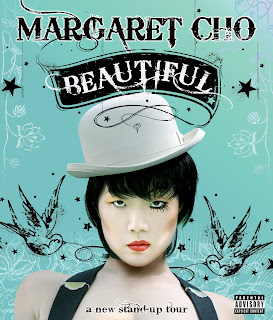 Thank you so much for answering a few questions for QueerToday.com! I hope these questions are unique and different from what you usually get. Enjoy!

1. Please tell us a little bit about your new tour, and why it is called Beautiful. 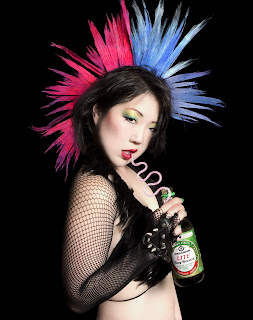 2. Have you ever felt conflicted about supporting the Human Rights Campaign considering they sometimes endorse pro-war, and anti-choice candidates?

i don't think any political group is perfect. i agree and i disagree with different things the hrc has done, but what is important is that the queer community continue fighting together on everything we can.

3. Submitted by FireCrotch: Have you seen the new show "How to Look Good Naked"? Thoughts?

i haven't! but i must! i love carson!

4. I ilke to say I identify as genderqueer,sexually queer and politically queer. Do you identify as queer, and what does that mean to you?

i identify as sexually and politically queer, which i think fits just right. so specific! 5. Submitted by Kasey: Hi Margaret! I was a huge fan of yours in high school; I drove four-and-a-half hours to see the Minneapolis leg of your Revolution tour, and your work, especially I'm The One That I Want, remains an inspiration for me. Lately, however, I haven't been laughing as much, and I am hoping you can clarify some things you've said for me. What did you mean when you said on the Good Vibes youtube videos that a bald Britney Spears looks like a trans guy, or that trans men are "the future"? I know that there has been discussion of these statements, but I never have heard from you exactly what you meant, and I'm a little puzzled by them, since I am trans and way hotter than bald Britney, and trans men have existed one way or another for as long as non-trans men have. Also, has the discussion itself impacted your relationship with or your own thoughts regarding the trans community and trans issues? Thank you for your willingness to answer our questions.

i said that bald britney looks like a hot baby butch dyke, which she does. but butch is not trans! i think bald is absolutely adorable. anyway, sorry that came out wrong and i didn't mean trans. that trans men are the future is really that i have noticed lately there are more people coming out as trans. i think that they have always been there, but that nowadays there is a safer environment to come out as trans. there is also now more definition and clarity between what is butch and what is trans. two of my very best friends in the world are trans guys - ian harvie and lucas silveira, and they've both taught me a lot! i am really old school femme so i used to think of female masculinity as all butch but i am learning. what i want to say about the transgendered community is that i don't think that the queer community is as protective of them as they should be. trans people have the hardest time in the 'mainstream' world. they are victims of the majority of the hate crimes, they are discriminated against more, their teen suicide rate is very high. that is why i go out of my way to support transgendered people because i think they need more protection from hate crimes, job discrimination, etc...

Beautiful will be in Boston on April 5 at the Orpheum Theater.
Click Here For Tix.

Click Get Widget to Put QT On Your Site!